Reasons: What I love about Terrace House

You’ll have heard the phrase, life is made up of the small things.

Much of television is now about the Huge Things. Soaps are all about fights, and adultery, and cancer diagnoses. There are shows about superheroes fighting the Big Bad. Comedies about the very old (Grace & Frankie), or the very young (Sex Education), dramas about murder, or the war, or terrorism, or politics.

And I love all these shows. But the moments of real joy, of feeling that life is fleeting and special and magical even when you aren’t beating or achieving or fucking or surviving against all odds – these are missing. But that’s what life is.

Maybe that’s what draws me to reality shows which have a Japanese origin, like Marie Kondo’s Tidying Up, or Terrace House. 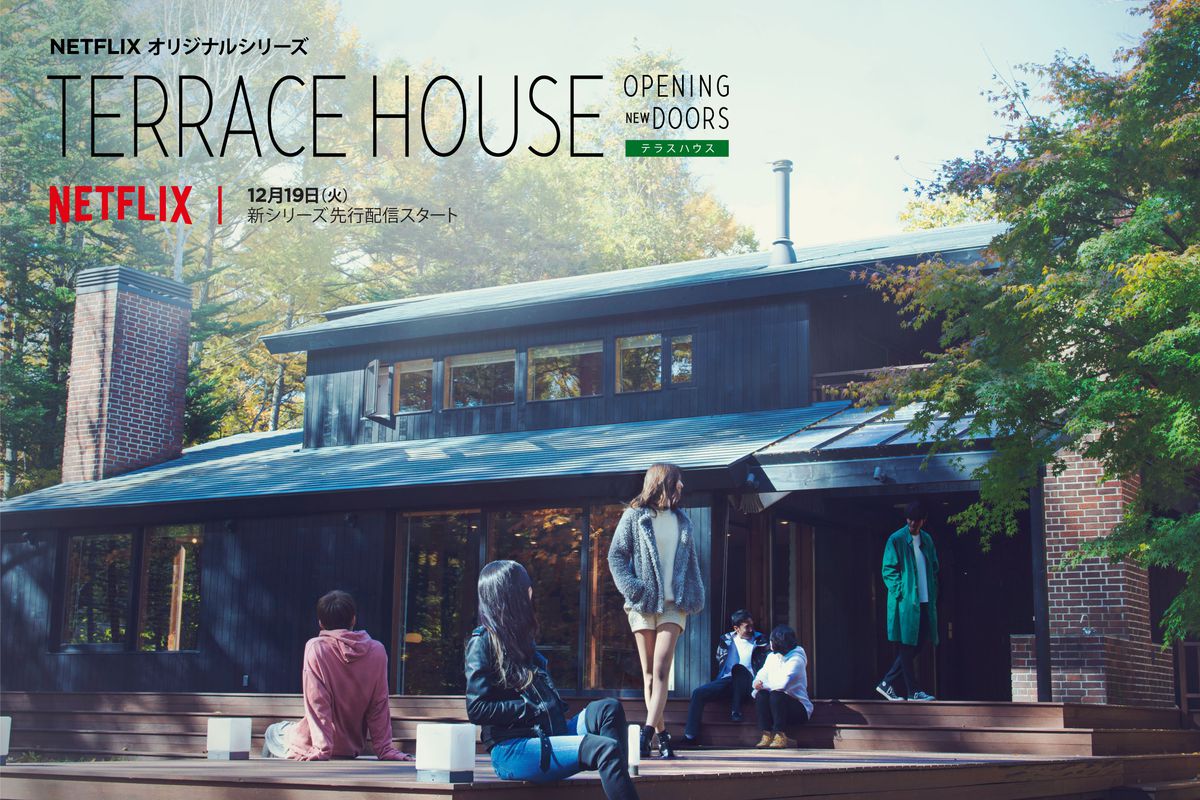 What I love about Terrace House lies entirely in watching the simple interactions of people who have made a very specific compromise: to allow themselves to be filmed in a shared living space with five other people, in order to have the comfort of a beautiful home and car all paid for. We then watch as they go about their normal lives. All of them are younger than me – the oldest I saw (I think) was 31.

Contrast this with the seedy thrills of what used to be Big Brother, where contestants were locked in, had a cash incentive, more people than you could learn the names of for the first several weeks as people get booted off by popular vote, and constant challenges that pit people against each other.

People come to Terrace House to find love, or find themselves, or get space to work on their careers or personal projects. The housemates encourage each other, go to performances someone is appearing in, help each other fall in love, teach each other life skills.

Most importantly, whenever someone disrespects someone else even slightly, it sticks out as the greatest drama. They’re young adults, so there’s plenty of fuck ups to smooth over, but watching them learn is a true joy to behold.

The other thing I really enjoy is the focus on the little moments that make up the day. This is highlighted by Japanese culture in particular, as we definitely aren’t as formal about it in the West. The phrases like tadaima (I’m home), which are always responded to with okaeri (welcome home). The respectfulness at the start of the meal which demonstrates gratitude for the food that’s been prepared.

All of it is neatly captured in this show which to me feels like a warm summer breeze to watch; an encouragement to mindfulness, and all things that slow the frantic heart and remind us, now more importantly than ever, that we must first and foremost respect the humanity of each other.